Asia is the largest continent with 44.4 million square kilometers and the most populous with 3.9 billion inhabitants. Asia was the cradle of the first advanced civilizations of mankind (Sumerians, Assyrians, Babylonians, Chinese) with a diverse history going back many millennia. All world religions from Christianity to Buddhism also have their origins in Asia.

Because Asia forms a coherent landmass with Europe, the two continents are often seen as one continent (Eurasia). The border between Asia and Europe is marked by the Ural Mountains, the Caucasus and the Black Sea. Asia is separated from North America by the Bering Sea of the Pacific, from Africa by the Red Sea. The largest countries in Asia are the Russian Federation, China and India.

In the north there are extensive lowlands (Siberia) with tundra and forest areas. In the interior of the continent there are plateau countries and plateaus (Asia Minor, Iran, Tibet), which are surrounded by mighty mountain ranges (Caucasus, Himalayas, Kunlun). Here there are steppes and deserts. The Himalayas are the highest mountains in the world in Asia. South Asia includes the Malay archipelago and the peninsulas of the front and rear of India with the deep basins of the Indus, Ganges and Mekong. East Asia includes China with the Huang He and Yangtsekiang plains, the Korean Peninsula and the Japanese chain of islands. The highlands of Armenia and Iran are located in the Near Eastand Asia Minor. Finally, the Arabian Peninsula, Mesopotamia and the Levante bordering the Mediterranean extend to the southwest. 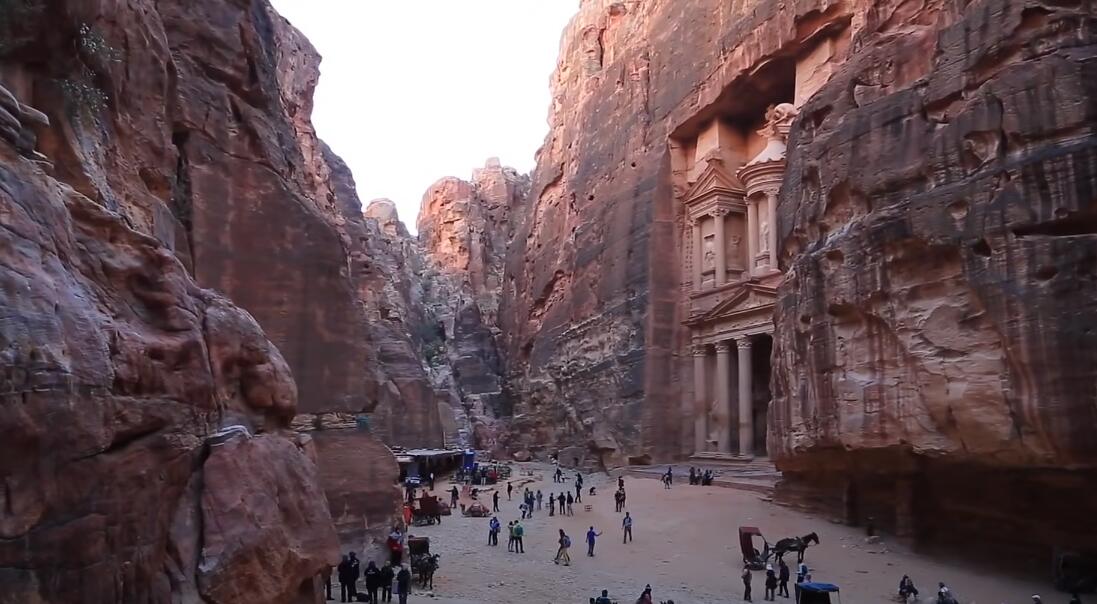 The continent’s climate and vegetation are very diverse, corresponding to the extent of Asia from the Arctic to the equator; Asia therefore includes regions of the tundra and taiga, continental steppe and grasslands, mountain and desert landscapes and tropical rainforests. That is why all climate zones are represented in Asia.

The fauna is also rich in species: in the north, for example, polar bears, wolves, reindeer and fur species, in Central Asia rodents, antelopes, wild horses, the double-humped camel, in the south big cats such as tigers and leopards as well as rhinos, elephants and monkeys.

Well over 3.9 billion people live in Asia, that is more than half of all people on earth. The population density is very different: North and Central Asia are sparsely populated, the lowlands in the monsoon belt, on the other hand, have 90% of the population in a quarter of Asia. There are three major groups, ethnically and culturally: the oriental with Islam as the predominant religion, the Sino-Japanese, where Buddhism, Confucianism and Shintoism occur, and the Indian with Hindu orientation. According to ALLCITYCODES, Tokyo is the capital city of Japan and Seoul is the capital city of South Korea.

Social resources include: labor, its efficiency, certainly among others. of health and education level, as well as the organization and structure of individual communities; in this area there is great variety in Asia. In several remote mountain regions, for example in Bhutan, there is still a purely feudal organization, in China and North Korea totalitarian communist systems. In other places there are dictatorships (e.g. in Myanmar (Burma)), while states such as India and Japan are democracies. Western Asia is also called Middle East by Countryaah.

The Japanese business organization calls for interest as an example that modern industry can be developed on the basis of an organizational form that is very different from the Western European-American. In Japan, the business sector is for the most part built around large groups that intervene deeply in employee relations – also of a private nature. The best interests of the employees are largely and in a patriarchal and protective manner; on the other hand, there is usually a lifelong, loyal association with the group. High work ethic is often cited as part of the explanation of the so-called Japanese miracle, which, however, perhaps in the absence of public scrutiny, has also led to serious disadvantages in, for example, ecological conditions, which were not observed until the late 1900s. took hold to resolve. In large parts of SE and East Asia, these features can be found,

In India, business development has long been hampered by the caste system, which originally had the character of a low-level being, however, based on the Hindu religion. This raises high barriers to development; castes, which still have different rank, mean less for business choices, but, especially in the countryside, much for the social structure. Japan and India as examples, of many possible, show the importance of community organization in Asia. Religious matters are tightly interwoven in daily life and influence on business, for example by rules on women’s opportunities to work outside the home. 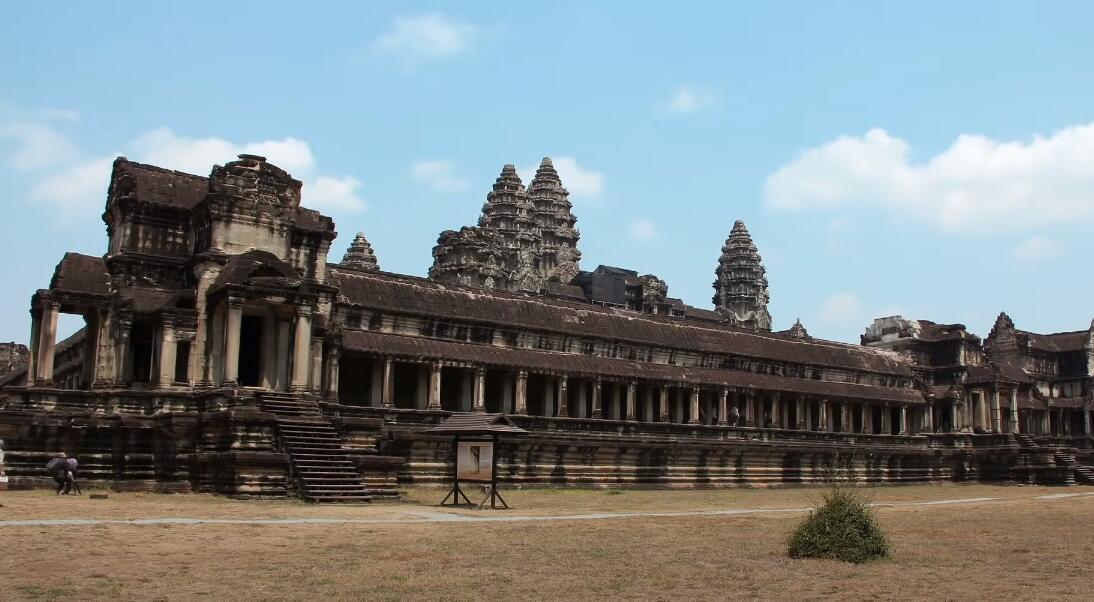 Geologically, Asia forms part of the Eurasian continent and is characterized by an intricate geological structure and history. The continent has been built up by smaller continents, which have grown through new formation of continental crust at the edges. These small continents have then merged into a larger continent. Throughout the course, parts of the earth’s crust have been folded and transformed into fold zones, orogens, with mountain ranges and arches as a result.

The cores of the small original continents form stable cratons, blocks of Precambrian bedrock. Three large cratons are expected, the Siberian (Angaria), the Indian and the Arabic. To these are more or less stabilized blocks, mainly in China. During the older Paleozoic, the Siberian kraton grew west and southwest. Only smaller parts of the cratons are shields, ie. rocks that are not covered by sedimentary rocks. The Siberian craton is marked by the Anabar and Aldan shields. Parts of the other cratons are trained as the North Chinese, Indian and Arab shields. The Urberg mountain consists of granites, gneisses, transformed slates and other rocks similar to those found in Scandinavia’s indigenous mountains.

Since Cambrian, Asia has been exposed to a number of orogenesis, periods of deformation of the earth’s crust. An orogenic or deformation zone was formed during the Bayali orogenesis in Late Precambrian and Cambrian times along the western and southern edges of the Siberian craton. During Cambrian and Ordovician, large parts of the cratons were covered by sea, and extensive layers of mainly limestone, but also of sandstone and clay shale were deposited.

During silur and devon, Caledonian orogens were formed in several places, e.g. in Tian Shan and Qilian Shan (formerly Nan Shan) as well as in southeastern China. Marine conditions prevailed in the riots, while the sea largely withdrew from the cratons, where red-colored sandstones and clay soils, salt layers and freshwater deposits formed.

During devon, carbon and perm, the hercynic (varicose) orogenesis resulted in deformed zones, which include the Ural Mountains, a belt from Tian Shan and Altaj to northeastern China, and a belt over Kunlun Shan. The deformation along the Ural Mountains is related to the fact that the Siberian continent collided with a continent consisting of North America and Europe, during which the two continents merged. The marine trajectories between the two continents disappeared almost completely. In vast areas, carbon bearing layers were deposited under carbon and perm.

During perms to older Cretaceous, large parts of Far India, the Sichote-Alin mountains along the Japanese lake, as well as the Verchojansk and Cherskij mountains in northeastern Siberia were folded. At the same time, sediment was deposited in the ground sea and in fresh water, under juries often with carbon formation.

The Tethys Sea, south of the European-Siberian-Chinese continent, shrank and eventually disappeared during Cretaceous as Africa with the Arabian Peninsula and the independent Indian plate drifted north. In the collision zone, the alpine orogen formed, which was active through tertiary and quaternary time. The riots extend from the Alps to the Himalayas. The unique height of the Himalayas has been considered due to the fact that two slices of continental crust here have been shot on top of each other. In the eastern Himalayas, the zone turns to the south and turns into the turmoil of the Pacific arches, which is characterized by active volcanism. The youngest tertiary and quaternary are characterized by tectonic movements, which led to elevation partly by the alpine orogen and arches, and partly by old androgenic streams, whereby e.g. The Ural Mountains, Tian Shan and Altaj have taken their present forms. The movements are still going full scale.

During the quarter, cold climate has prevailed. Due to low rainfall, only the area between the Ural Mountains and Tajmyr and smaller areas in the northeast have been iced. Particularly during the ice age, winds have deposited extensive and up to 500 m thick layers of lice in a belt from the Caspian Sea and the Ural Mountains to the Yellow Sea. The river plains in Iraq, the South Asian Peninsula and eastern China are filled with river sediments. Also large lowers and lowland areas, e.g. parts of the Arabian Peninsula and the Tarimba Basin (Xinjiang), have a surface of young sediments. In other areas the soil layer has been formed by weathering of the bedrock.