Azerbaijan is a country located in Asia. The conflict with Armenia over the Armenian outbreak republic of Nagorno-Karabakh in the spring led to the worst fighting since the end of the war in 1994. Heavy artillery and helicopters were used, among other things. On both sides, casualties were claimed, and Azerbaijan officially declared 31 dead soldiers, while other sources spoke of three times as many. In April, a cease-fire was reached, but the stoppage was broken. 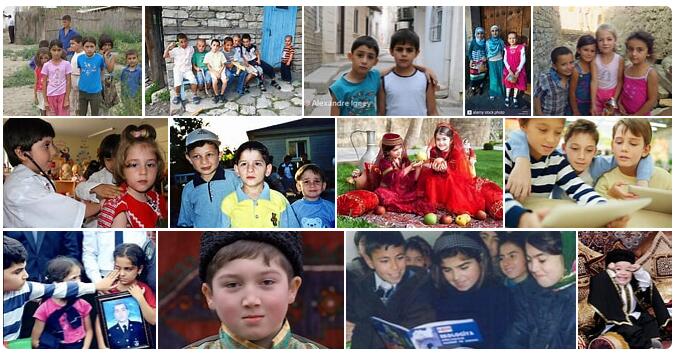 Civil society in Azerbaijan experienced the worst repression of a quarter of a century, according to the UN Special Rapporteur on Human Rights Defenders. He explained that in practice it was impossible for NGOs to work. Human rights defenders are accused by the authorities of being a fifth columnist for the West, or foreign agents. Regime critics and investigative journalists have regularly been arrested and sentenced to prison.

Oil and gas exports accounted for three quarters of the country’s economy, but the low oil prices over a couple of years have led to severe economic crisis with growing budget deficits and unemployment. In January, violent and unusual protests broke out in several cities in the country. Thousands of protesters participated, and military used rubber bullets, water cannons and tear gas to knock down the protests. Hundreds of protesters were arrested. After the protests, an opposition activist was sentenced to eight years in prison.

The leaked so-called Panama Papers revealed that President Ilham Alijev’s family had taken control of billion-dollar values in the privatization of six gold mines. Alijev’s daughters were said to own the majority of several mines.

In March, several imprisoned regime critics were released. It was assumed to be linked to the economic crisis, which forced the regime to negotiate, among other things, the World Bank on credit. Two of those released were opposition leader Tofiq Jakublu and human rights lawyer Intiqam Alijev.

According to countryaah, the current population of Azerbaijan is 10,139,188. Imprisoned investigative journalist Khadija Ismajilova was awarded the UNESCO Press Freedom Award in 2016. Ismajilova’s work had made possible disclosures about TeliaSonera’s corrupt dealings with the Azerbaijani regime.

Azerbaijan came in last place when the International Association for Homosexuals and Transgender People presented its annual European ranking of human rights for LGBTQ people. Homosexuality is formally legal in Azerbaijan, but violent hatreds and discrimination against LGBTQ people are common, as are discriminatory statements by politicians.

Several young activists from the democracy movement Nida were arrested and convicted during the year for possession of drugs. Activists accused the police of torturing them and then fabricating allegations of drug crimes.

In May, Parliament approved a proposal for amnesty, which was reported to affect about 10,000 prisoners, of which about 3,500 would be released. It was unclear whether the amnesty would include some political prisoners, but later the journalist Khadija Ismajilova was released. Her sentence of 7.5 years in prison was conditional on 3.5 years in prison.

However, many opposition politicians, regime critics, democracy activists and journalists were still imprisoned for what they claimed were political activities. According to the US Freedom House, there were more than 80 political prisoners in Azerbaijani prisons. The EU called on the regime to release all political prisoners.

In July, the regime closed a private TV station that planned to broadcast an interview with Turkish opposition leader Fethullah G邦len in the United States, accused by Turkey of being behind a failed coup attempt. The TV channel was considered to damage Azerbaijan’s strategic ties with Turkey.

Prosecutors also opened an investigation into supporters of G邦len in Azerbaijan, and in August four men who were alleged to have ties to G邦len were arrested and said to have banned religious literature and material with G邦len’s speech. Critics said the accusations were a pretext to arrest regime critics ahead of the September referendum on expanded presidential power.

In mid-September, opposition activists held an unusual mass protest in the capital Baku, one of the largest conducted in the country. The National Council for Democratic Forces called for a halt to the planned referendum to strengthen the presidential power. Voters would decide on Alijev’s proposal to extend the president’s term and, among other things, give him a mandate to announce new elections and restrict the right of assembly. In addition, the lower age limit for the presidential office would be lowered, which would open the door for Alijev’s children.

New protests led to clashes with the police, which seized many protesters and also several journalists who monitored the protest.

Opposition activists urged the West to do more to confront the regime after it escalated its repression of journalists, democracy fighters and human rights defenders ahead of the referendum.

The so-called Venice Commission criticized the proposed amendments to the Constitution that would give the President unprecedented power. The criticism was rejected by the regime as hasty and unfounded.

According to the official figures, 91% voted yes to the constitutional change. The turnout was 69.7%. In October, Catholic Pope Francis visited the Shiite-dominated Azerbaijan. According to thereligionfaqs, the Pope led a mass in a cathedral in Baku and met leaders of various religions in a mosque.

In October, new criminal charges came against former Health Minister Ali Insanov, who would just be released after an 11-year prison sentence for alleged bribery, among other things. He was now threatened with a new trial for alleged drug possession and for resisting a prisoner, charges which, according to the lawyer, were unfounded. Among other things, Insanov has accused President Aliyev of personally seizing money from the state’s sale of oil.