Croatia. In January, just over two months after the parliamentary elections, Croatian-Canadian businessman Tihomir Oresković succeeded in forming government with the conservative HDZ (Croatian Democratic Union) and the center-right party MOST. According to countryaah, the current population of Croatia is 4,105,278. Oresković was a party politically independent and was given the task of forming government after several other attempts failed. 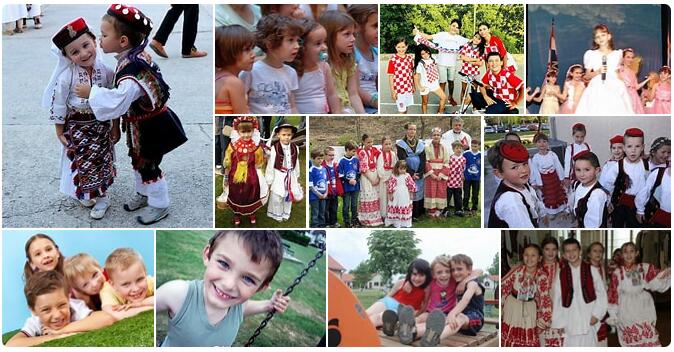 After only a week, the minister responsible for war veterans was forced to resign, after talking about establishing a register of national traitors. But soon, criticism from the opposition and citizen activists grew against what was perceived as indulgence against right-wing nationalists, with increasing intolerance against ethnic minorities and attacks on media as a result. Particularly harsh criticism was directed at Minister of Culture Zlatko Hasanbegović, a historian accused of close ties to right-wing extremes.

However, when the government collapsed after just under six months, the triggering cause was a scandal involving a conflict of interest. It had been revealed that the Deputy Prime Minister and HDZ leader Tomislav Karamarko’s wife had a consulting assignment for a Hungarian energy company with which the Croatian state had a dispute. The revelation led to conflicts within the government coalition and in June the government fell into a vote of no confidence.

Attempts to form a new government failed, resulting in a new election in September. Meanwhile, Karamarko resigned as party leader for HDZ and was succeeded by former diplomat Andrej Plenković. He promised to approach the political center and move it away from populism and extremism.

The election gave HDZ a stronger mandate and in October the party was able to re-form government with MOST and with the eight representatives of national minorities who have guaranteed a seat in parliament.

According to thereligionfaqs, Croatian courts even sentenced 20 war crimes cases in the first 8 months of 2009. Of the 61 accused, they were 37 Serbs. In the most spectacular case of May, MP Branimir Glavas and 5 other defendants were sentenced to 5-10 years in prison for war crimes against Serbian civilians, but the same day Glavas fled the verdict to Bosnia. He was in possession of dual citizenship. Bosnia subsequently refused to extradite him, arguing that it did not extradite its own nationals.

Freedom of the press was further curtailed through 2009 with the firing of critical journalists. In February, Interior Minister Tomislav Karamarko filed suit against journalist Zeljko Peratovic for “disseminating information that may excite the population”. Peratovic had accused the interior minister of putting obstacles in the way. the investigation into the death of a witness in a war criminal trial.

In the last quarter of 2009, a host of corruption cases involving HDZ members were revealed. It led, among other things, to the Deputy Prime Minister’s resignation in October.

Social Democrat Ivo Josipović won the presidential election in January 2010. In the first round of the election he got 32.4% of the vote against independent Milan Bandić ‘14.8%. In the second round he got 60.3% against Bandić ‘39.7%.

In April, Josipović visited Bosnia, apologizing to the Bosnian Parliament and expressing his great grief over Croatia’s participation in attempts to divide Bosnia-Herzegovina in the 1990’s. The president of the right-wing radical and nationalist HDZ subsequently condemned Josipović, claiming he had violated the country’s constitution. During a visit to Israel in February 2012, he also apologized for the fascist Ustasja militia’s attacks against the Jews in Croatia during World War II. This excuse also triggered criticism of the Croatian right wing. Despite criticism from the right wing, support for him remained steady from around 80% of the population up to 2013.