Europe is the second smallest continent and the western part of the Eurasian land mass. Ethnically and politically, Europe is divided into a large number of peoples and states. See all countries on Abbreviationfinder.

The area of Europe is 10 532 000 km². The continent is surrounded by the Atlantic and its neighboring seas. It is located entirely in the northern hemisphere. The border with Asia runs at the east foot of the Urals and the Mugodsharen via Emba, the north coast of the Caspian Sea and the Kuma-Manytsch valley to the Sea of Azov and on its east coast to the Kerch Strait, through the Black Sea, the Bosphorus and the Sea of Marmara and the dardanelles. There are numerous peninsulas (Scandinavia, Italy , Iberian Peninsula, Balkan Peninsula) and islands (Britain, Ireland , Sicily).

The geological areas stretch across the continent in a west-east direction: mountains in Scotland and Scandinavia; lowlands from northern France to Russia; from the Cantabrian Mountains in Spain to the Balkans, individual high mountain ranges (Pyrenees, Alps, Carpathians); in southern Europe, low mountain ranges with large basins in river lowlands. Europe is riddled with numerous rivers. The largest are Volga, Dnieper, Danube, Rhine and Rhône.

Europe is mainly in the temperate climate zone, the north is part of the subpolar, the south of the subtropical zone. Central Europe is a transition area to the continental climate area, in which dry continental air masses can bring dry-cold weather in winter and dry-hot weather in summer. Eastern and Northern Europe have a continental climate, whereby under the influence of the Asian high pressure area, the winters are colder and the summers are warmer than in Western Europe. In southern Europe there is largely a Mediterranean climate with trade winds in summer and winter rain. The high mountains of Europe form effective barriers to rain clouds. They are important climate and water divisions. For example, the Alps separate the Mediterranean climate of Southern Europe from the continental Central Europe.

To the north, Iceland stretches across the Scandinavian Mountains and further east to an ever expanding coastline of treeless tundra, to the south of which is a transition zone made up of loose tree and shrub vegetation. It merges into the large coniferous forest belt that almost all of Scandinavia, Finland and the north of Russia (taiga). Coniferous forests still dominate in the higher regions of the mountains of Central and Southern Europe. To the south and in the lower mountainous areas there is an already heavily cleared mixed forest zone, which finally changes into a deciduous forest zone that has become very patchy. In southern Eastern Europe, the steppe area on the Black Sea goes east to the Caspian Sea in salt and desert steppes. The Mediterranean flora region includes the coastal areas and islands of the Mediterranean Sea and the southern Crimea, where, after the early destruction of large forest areas, hardwood and macchia (evergreen shrubbery) predominate today. An alpine flora covers the sun-drenched areas and slopes of the high mountain regions above the tree line. 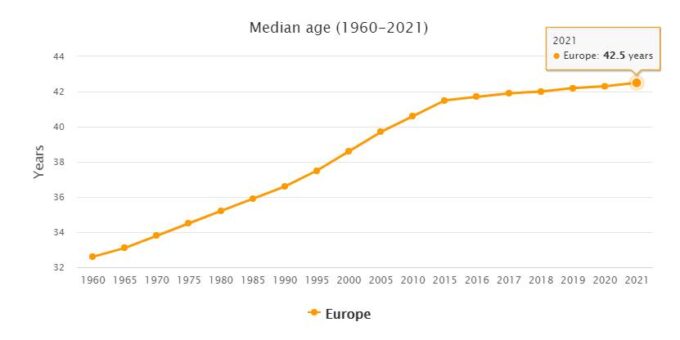 According to Countryaah, Europe is relatively densely populated with 730 million people. The much larger continent of Africa has only a slightly larger population. The predominant religion is Christianity with its various denominations (Protestantism, Catholic Church, Orthodox Church). The European language families (Slavic, Germanic and Romance languages) are so-called Indo-European languages. Exceptions are the Finnish, Estonian and Hungarian languages, which do not belong to Indo-European (Finno-Ugric languages) and the Basque language.

Throughout Europe, nature reserves and national parks have been set aside to protect the original fauna and flora. In 2017, there were a total of about 27,000 protected areas within the Natura 2,000 project. These comprise about 1 million km2 (about 9 percent of the continent’s land area). Of these, 236 were so-called biosphere reserves (allocated under UNESCO’s Man and Biosphere program).