The declaration of a public health emergency and a far-reaching lockdown in mid-March are associated with far-reaching restrictions in everyday life in Kosovo.

Entry and exit to / from Kosovo are not possible because the borders – except for goods traffic – are closed, as is the international airport of Prishtina – except for the delivery of aid supplies. Foreign citizens with residence status cannot enter the country. Within Kosovo there is a complete curfew with the exception of 2 daily time slots, which has not been in effect for all municipalities in Kosovo since the end of April, but for all large cities. Local and national public transport has been discontinued. Visiting parks and public places is prohibited. Schools and all other public institutions are closed as well as all retail stores with the exception of grocery stores and pharmacies. It is mandatory to wear a mask in public spaces.

Extensive lifting of the measures in May

With the rapid decline in the number of infections, most of the restrictions were lifted again in the course of May. In the meantime, the curfew has been lifted again, except for a few communities, in public there is still a mask requirement and social distance must be maintained. Shops and restaurants open gradually. The land borders have been reopened, but international air traffic has been suspended. On June 23, the government decided to resume international air traffic at the end of the month. Since June 28th there have been international flights again, also to and from Germany. Separate rules apply to the airport. German citizens can re-enter regularly, a corona test is not necessary.

As a result of the renewed increase in the number of infections, significant restrictions have again been in place since mid-July, but so far without the reintroduction of a nationwide curfew. The following restrictions currently apply:

According to ZIPCODESEXPLORER, people over 65 years of age and the chronically ill are only allowed to leave their homes in the morning between 5 a.m. and 10 a.m. and in the evening between 6 p.m. and 9 p.m.: Pristina, Prizren, Peje, Podujeve, Gjakove, Ferizaj, Lipjan, Gllogoc, Vushtrri, Mitrovica South, Gjilan, Fushe Kosove, and Strpce. Everywhere in public it is mandatory to wear a face mask and a minimum distance of 2.0 meters.

Catering establishments are only allowed to open between 5:00 a.m. and 10:30 p.m., food and drinks are only allowed to be served outside or offered to take away. Meetings of more than 5 people are not permitted in public places and parks. Public and private cultural and sporting events (including training, meetings or celebrations, especially private celebrations (weddings etc.) are prohibited, as are religious meetings and church services. Funerals may only take place in close family circles. The orthodox monasteries in Decani and Peja are Closed to visitors. Local public transport including taxis has been reduced to 50% of normal capacity. On September 14, 2020, school lessons or the school year in Kosovo began with a mixture of face-to-face teaching and homeschooling.

Since the end of September, citizens of European countries who are “high risk countries” have had to present a Covid test no more than 72 hours old when entering Kosovo or go to Karantäne for 7 days; The regulation applies to countries that have adopted appropriate measures for the entry of Kosovar citizens. German citizens are currently exempt from this rule. Increased health checks and controls are taking place at Prishtina Airport.

German citizens can still find out about current developments at the Federal Foreign Office. 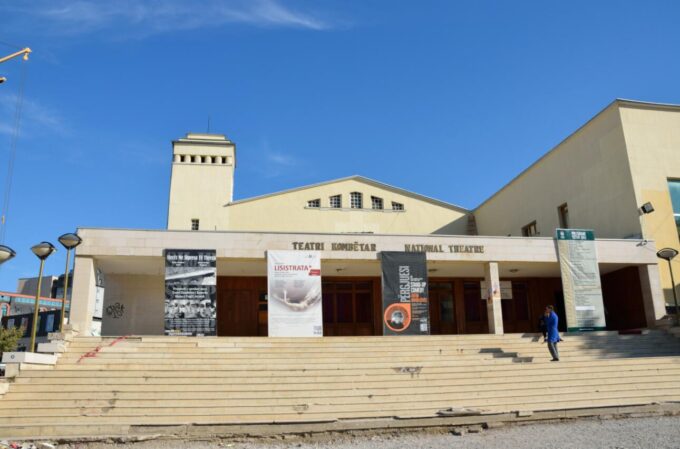 Citizens of the EU require a passport to enter Kosovo. Entry for German citizens is possible with both a passport and a German ID card. There is no visa requirement for stays of up to 90 days. General and current travel and safety information is notable. Applications for an extension of the permitted length of stay must be submitted to the police headquarters in Pristina no later than 15 days before the end of the 90-day period. Since the Serbian authorities do not recognize the Kosovar borders as official state borders, there is a high probability that entry from Kosovo to Serbia will be refused if the first entry did not take place through the official Serbian border and therefore the Serbian entry stamp is missing. In this case, you must leave the country via a third country (e.g. Macedonia) before entering Serbia. In the event of a notification upon entry, the Kosovar border authorities usually refrain from issuing the border stamp, which reduces the likelihood of being rejected at the Kosovar-Serbian border.

As for customs regulations, the main import rules are: