South Africa. The year was dominated by a political tug of war between President Jacob Zuma and his critics, who wanted to get him dismissed with charges of corruption.

When Zuma was to give his annual speech to the nation in February, there was chaos in parliament, as the left party members of the EFF (Economic Freedom Fighters) disrupted the president and then marched in protest.

The government’s problems were exacerbated by growing student protests at several universities. The students now demanded free education, since the previous year forced Zuma not to raise tuition fees for 2016. The fees prevented many poor blacks from entering the universities. In February, some universities temporarily closed down after buildings were set on fire. Police used tear gas to disperse the protests.

In March, Parliament held a vote of no confidence against Zuma after the opposition accused him of careless handling of the economy. However, Zuma won the vote.

Unemployment was estimated at close to 2%, and GDP growth appeared to be less than 1% during the year. The country was plagued by severe drought, described as the worst in a century. The harvest fell sharply and several million tonnes of maize had to be imported.

In March, serious allegations against the president came about ties to an influential business empire, Gupta, where Jacob Zuma’s son sat on several boards. The Gupta family is said to have influenced, among other things, the appointment of the Minister of Finance and the dismissal of the chairman of the state’s energy company. Zuma and Gupta denied the accusations, and after a crisis meeting in the ANC (African National Congress, see Abbreviationfinder.org), the current population of South Africa is 59,308,701. Zuma continued to gain confidence from his party. 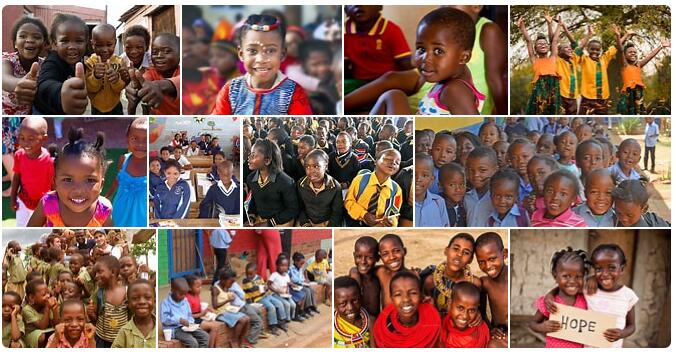 However, the Constitutional Court ruled that Zuma violated the Constitution by failing to comply with the request of Public Protector (corresponding to JK) to repay state funds equivalent to SEK 4.5 million used for private purposes in renovating Zuma’s residence. Criticism against Zuma also came from within the ANC, and the president acknowledged that he had broken the law. The opposition wanted to put Zuma before the national court, but the proposal fell in Parliament. Zuma repaid the money during the year.

The Supreme Court ordered prosecutors to resume corruption charges against Zuma which had been closed in 2009 and which involved arms deals, including the purchase of Swedish JAS Gripen. The Supreme Court ruling was appealed, but the appeal was dismissed.

When Zuma presented the budget in May, it again became chaotic in Parliament and guards had to remove protesting EFF members. According to countryaah, two weeks later, there was a riot again and the EFF threatened to disturb the president every time he spoke in Parliament.

Before the country’s local elections, the political contradictions increased. In the Pretoria area, two people were killed in violent quarrels between supporters of candidates for the mayor’s post. The police arrested many.

In Johannesburg, demonstrations were held outside the state broadcaster SABC, which was accused of favoring the ruling party ANC and opposing the opposition to the local elections. The SABC had dismissed several journalists who objected to the management’s policy.

The local elections in August were a severe setback for the ANC, which had its worst result after the apartheid era. The party declined sharply but still received a total of over 55% of the vote nationally. The DA (Democratic Alliance) gained just over 24%, while the newcomer EFF performed strongly and took just over 8%. The ANC lost power in several cities.

In September, the government proposed increased tuition fees by up to 8% in 2017. This triggered new student protests with violence between security guards and protesters. The police used tear gas, rubber bullets and water cannons. Johannesburg’s great Wits University was shut down due to unrest, and as they tried to open, new violence ensued. The government promised extra billions to the universities, but rejected the requirement for free education, citing budgetary needs in health care and housing.

In October, a controversial preliminary investigation was launched against Finance Minister Pravin Gordhan with suspicions of illegal tax monitoring during his time as head of the tax authority. He was also charged with embezzlement. Gordhan denied and saw the prosecution as political, caused by his work against corruption, often in violation of Zuma’s circle.

Gordhan received support from the business community and from leading ANC politicians. The party’s group leader in Parliament called on Zuma and the entire party leadership to step down. However, the charge against the finance minister was dropped.

According to thereligionfaqs, Zuma tried to delay a report by Public Protector on his ties to the Gupta financial family with the help of a court. However, the report went public and demanded that a judge investigate allegations that the Gupta brothers had influenced the appointment of ministers. Protesters outside the president’s office demanded his departure, and they were met by police tear gas and water cannons.

In October, South Africa decided to leave the International Criminal Court (ICC), which the opposition party DA appealed to the Constitutional Court. Human rights organizations have accused South Africa of dishonoring justice and lowering the credibility of the ICC.

Nelson Mandela, a great statesman, the “Madiba” loved by the entire nation, was the first to compare the people of South Africa to a multicolored rainbow. Just as the colors of the rainbow form a beautiful entity in the sky, so many of the nations of the country are together and equal to South Africa. A large black majority with its numerous tribes and a white minority with a colonial background associated with either the Netherlands, England or the Huguenots in France have learned to make joint decisions with Indian or Dutch-Asian colonies once transferred to sugar cane plantations on the Indian Ocean coast. Only the native inhabitants of the country, the bushmanns and hottentots flocked to the edge of the Kalahari Desert, have been left at the pace of change to continue the traditional lifestyle of the Hunter and Collector. The most famous stage in South African history, apartheid, has been lived mainly during our lifetime. Stages in the country’s history also include the slave trade, great expeditions, the arrival of colonial masters, the great migration of the Bantu peoples, the unprecedented rush of gold and diamonds, and the Boer wars.

The multicolored rainbow is also suitable for depicting the country itself, as so many different and varied landscapes can be found here. The cool and rocky shores of the Atlantic are different from the hot and humid coast of the Indian Ocean. Covered in the southwestern tip of Africa, the prototypes and heathers of the Cape of Good Hope and blown by the wind, the desolation turns into the green farms and vineyards surrounding Cape Town in Constantia, Stellenbosch and Paarl.

The southern tip of Africa is also followed by the famous Garden Route, with its small cozy towns and ostrich farms. The slopes of the rugged mountain ranges of the central parts of the country can be traced in the footsteps of gold diggers and diamond seekers. There you can also take a ride with Rovos Rail on a luxury train ride during the colonial era. With the renovated 100-year-old Pride of Africa train, it is a pleasure to enjoy fleeting scenery, good service, delicious meals, the best South African wines for three days or sit in the train saloon car with fellow travelers with a good cigar and a good cognac. A detour to a safari or Botswana ranch will comfortably interrupt a leisurely afternoon. Once as many African animals as possible have been spotted on the safari, it is nice to get back on the train.

South Africa lies for the most part in the warm temperate subtropics. Precipitation increases from west to east (from 50mm to 2,000mm per year). 65% of the country has less than 500mm of rainfall per year. Average temperatures in Cape Town are 21 ° C in January and 13 ° C in July.