South America, the southern part of the American double continent, is the fourth largest continent on earth. 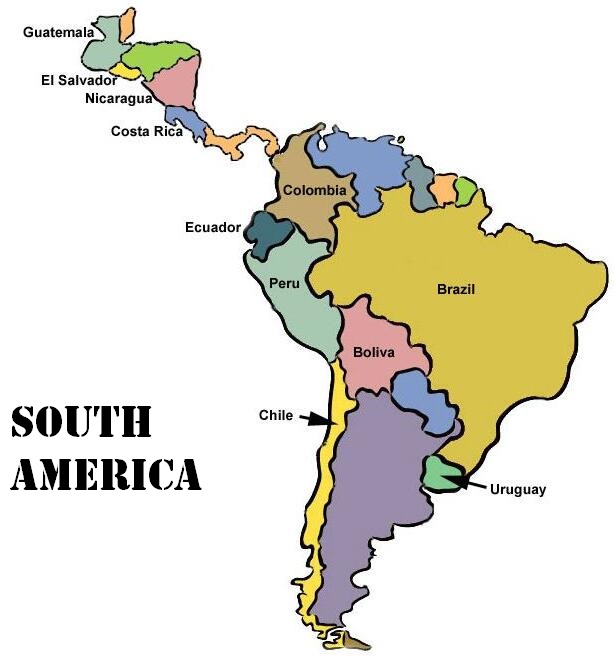 While the eastern side of the Andes is characterized by a tropical climate with heavy rainfall, arid conditions prevail on large parts of the west coast. The climate of the west coast is decisively determined by the cold water of the Humboldt Current, which prevents precipitation on the coast. It is only because of the El Niño climate phenomenon that heavy rainfall occurs on the west coast of South America every few years. Tierra del Fuego in the far south of the continent already has sub-polar conditions. Argentina, in particular , has many steppe and savannah landscapes.

Over 350 million people live in South America. The population is largely made up of the descendants of the Spaniards and Portuguese, as well as the Native Americans. There are also black Africans, immigrant Asians and non-Iberian Europeans. The countries of South America are suffering from severe urbanization. The majority of the population is concentrated in a few large cities, which often have more than one million inhabitants. Check AllCityCodes to see countries and capital cities in South America.

Unasur is a bloc made up of the twelve countries of South America. Its objective is to promote the economic, social, cultural and political integration of its member countries.

The Unasur (Union of South American Nations) is a pack that brings together the twelve countries of South America: Argentina, Bolivia, Brazil, Chile, Colombia, Ecuador, Guyana, Paraguay, Peru, Suriname, Uruguay and Venezuela. The main objective of the agreement is to foster integration between its member countries.

Background to the creation of Unasur

During the 19th, 20th and 21st centuries, there were several attempts to promote this union between countries. The most consistent of these was Mercosur, created in 1991 with the aim of establishing a free trade zone between member countries through the reduction of customs borders and the adoption of a single tariff for common external negotiations.

Although Mercosur has managed to boost the economy of the member countries, increasing economic integration between them and causing the development of their individual economies, the bloc has failed to include all the countries of South America, effectively boosting only the five economies of the its member countries (Brazil, Argentina, Uruguay, Paraguay and Venezuela). In addition, as it has few members, the recurring crises in the national economies of the member countries caused the weakening of this economic bloc, which is no longer so advantageous.

Unlike Mercosur, which intended to create a free trade zone between its member countries, Unasur’s main objective, according to the constitutional treaty of the bloc, is to create an integration space, getting even closer to the integration model developed by the European Union, as it tries to develop joint actions that go beyond the economic sphere. According to the Constitutive Treaty of the Union of South American Nations, among the main areas of interest of the bloc’s activities, the following actions stand out:

Thus, Unasur emerges as an alternative for integration between the countries of South America in the face of the current world scenario of the predominance of multilateral agreements, such as the European Union, the African Union and, more recently, the Trans-Pacific Association Agreement. Despite the desire for unity among countries in different areas of society, it remains to be seen whether the actions taken by this body will achieve results as satisfactory as those of the European Union or whether differences between member countries and the constant political and economic crises will cause the weakening of this bloc, just as it happened with Mercosur. As the creation of the bloc is still relatively recent, it is not possible to conjecture about its effects for the countries that integrate it. 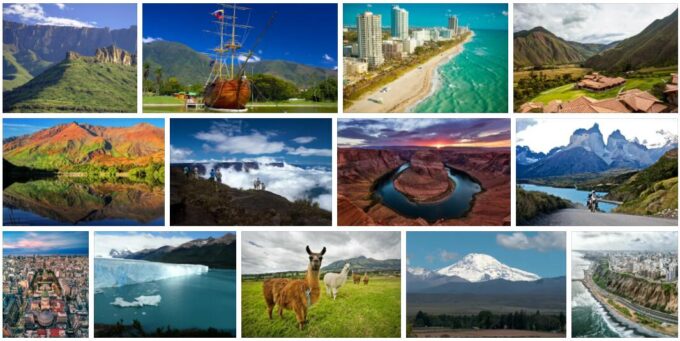